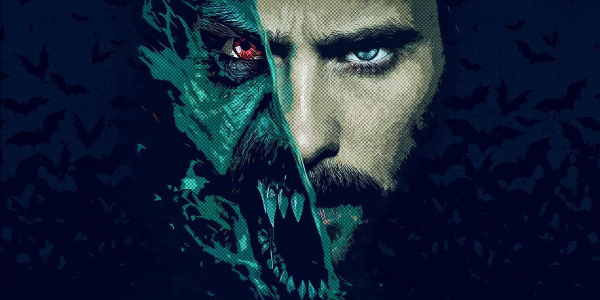 With the expansion of the multiverse in a number of films and television shows, it’s no surprise that we’re seeing a number of strange, less traditional heroes join the fold, particularly when it comes to Marvel characters. Just one of those new, off-kilter heroes is Morbius, the vampiric lead of the film of the same name, out in theaters on April 1.

Long-delayed by the pandemic, the newest addition to Sony’s Spider-verse — which now includes Tom Hardy’s Venom and Dakota Johnson as Madame Web — brings House of Gucci star Jared Leto into the fold as Dr. Michael Morbius, a scientist suffering from a rare blood disease. When he seemingly finds a cure, he’s ecstatic, only for things to go very, very wrong, leading him not to perfect health, but to a new, horrifying version of vampirism that plagues him and those he loves.

Also starring alongside Leto are Adria Arjona, Matt Smith, and Jared Harris, in a film directed by Daniel Espinosa and written by Matt Sazama and Burk Sharpless. Michael Keaton is also set to make an appearance, reportedly as Adrian Toomes, his character from the MCU film Spider-Man: Homecoming, better known as the Vulture — and anything’s possible, given that post-credits scene with Tom Hardy in last year’s Spider-Man: No Way Home. Fans have also spotted other hints at the multiverse throughout the film’s trailers, though just how much the vampiric anti-hero has to do with the Spider-verse at large has yet to be revealed.