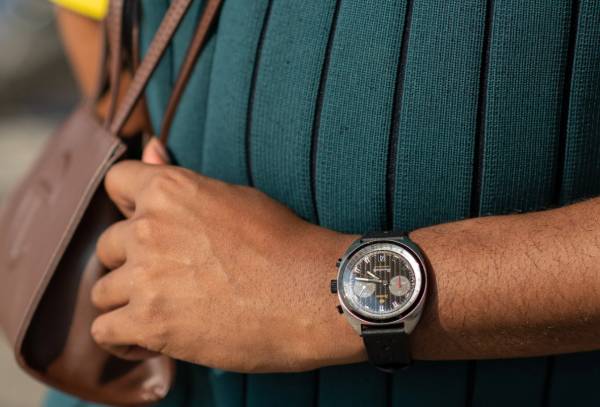 New York City in September is inseparable from two things: Fashion Week and amazing climate. After almost two odd years away, it was a joy to see both remain constant. The informal style confrontation that encompasses the half-yearly design occasion held a similar unglued energy – half first-day-of-school, half spring-break.

Setting out this previous week to photo the roads of New York during Fashion Week one inquiry was at the cutting edge of my brain: How might the fantasies, nerves, wins, and difficulties of a worldwide pandemic work out in style?

Two camps appear to have framed in design – one of limited moderation, one more of maximal, vivid experimentation, notwithstanding, the shortfall of center ground is the most articulated change. Never have I seen a more emotional change in watches – for quite a long time the fine watches of any city have slanted towards the big shots, the decent elements, the watches that declare themselves.

Be that as it may, the wrists of New York out of nowhere appear to support the fine, light, and rectangular. Most importantly, tastes had turned specific, somewhat less utilitarian, a touch more refined. For some New Yorkers, it’s unmistakably been a time of study.